Posted by skin care chronicle at 04:00 No comments:


Posted by skin care chronicle at 04:00 No comments: 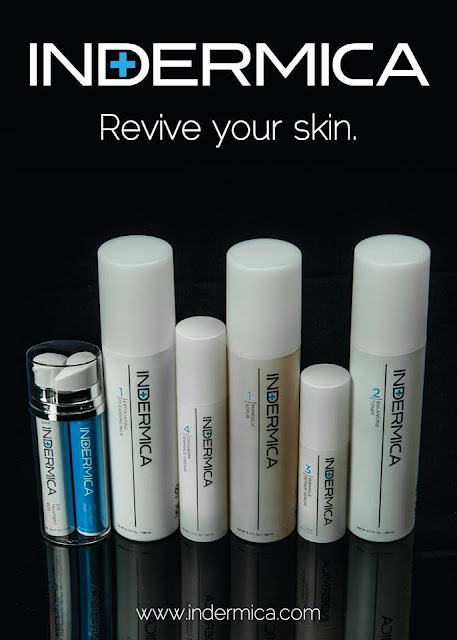 
Discover the smouldering afro-cuban beats on a Wednesday night, live from The Home Smith Bar at the Old Mill Toronto. The Latin Train Trio with Greg Noguera on percussion, Carla Gonzales Cassanova on vocals and Nelson Maragoto on guitar will raise your temperature with some hot latin fever.
Enjoy the contagious beats while you sip on the neighbourhoods best Sangria and the Cuba Libre cocktails. Explore a latin culinary experience from our Tapas Menu created by Chef Martin Buehner.
WE KNOW YOU WON’T STAY IN YOUR SEATS!
WEDNESDAY APRIL 13, 27, MAY 11, 25 AND JUNE 15, 29
Live music 7:30 p.m. – 10:30 p.m.
* Minimum Food & Beverage of $ 20.00 per person
* Taxes & Gratuities Additional
* Limited Seating Available
* No Reservations
Posted by skin care chronicle at 04:00 No comments:

Posted by skin care chronicle at 04:00 No comments:

MISS ROBIN BANKS has her roots deeply dug. Clearly comfortable with Blues,
Jazz, Classic R&B, Soul, and even Reggae, she's also known for her bold and
brassy, classy but sassy, Texas and Chicago electric Blues style.   This Grande
Dame of the Blues, with her powerful, clear voice, often compared to the
legendary Etta James’ and Dinah Washington’s, is coming to visit us here
on the 23rd edition of Viree Blues Boreale, on her first visit ever to the
Province of Quebec.   She’ll be performing with the band she rightfully
calls her “All Stars Blues Band”.

A native of Canada, and now a resident of Toronto, Robin Banks has an
imposing track record to show for, which goes from Canada, to the States, to
Germany, Austria, Belgium, Holland, Switzerland, France and Jamaica.
She grew up 50 miles east of Detroit City.   She even drove taxis in
Toronto in the `80s, to earn money tho fund her career.   Her career
really started in 1992 with the birth of her first band, near Windsor,
Ontario. with George "Wild Child" Butler and Alford "Chicago Pete"
Harrell.   Right in 1997
, Miss Robin Banks was awarded the `New Artist of The Year’s
Maple Blues Award.   Then, performances at most renown Blues and Jazz
Festivals fast followed.   That same year, she launched her very first album,
“Permanent Record” and also won her participation on the highly
reputed Memphis International Blues Challenge.   She was then nominated
in 1998, 2010 and also in 2011 to the  Singer Of The Year’s Maple Blues Awards.

In 1999, Miss Robin Banks became a staple on the Texas music
scene and continued to enjoy and record in the Lone Star state.
During close to the next 10 years, she brought together many bands
from the Dallas / Fort Worth area, with reputed musicians,
such as Marc Wilson (Anson & The Rockets), Drew Allain (Mike Morgan
& The Crawl), Brian “Hash Brown” Calway and Johnny Moelle
r (Fabulous Thunderbirds), Danny Cochran (Delbert McClinton),
Bill Campbell (LaVern Baker) and Marchel Ivery (Art Blakey &
The Jazz Messengers).   She then launched her 2nd album
“Honestly” where many of those major names can be
heard, like the legendary singer and harmonica player, Sam Myers
(Anson & The Rockets).   Those inspiring experiences brought
Miss Robin Banks to record a live CD, her 3rd opus titled  “live after Dark”, just one year later.

Then, in 2003, she left for Europe and visited Belgium and
Holland for the first time.   In 2006, she went to Jamaica, where
she became a major hit with some of the major musicians
of that country ... like Bob Marley’s Band!   Despite those
resounding successes, in 2009, Miss Robin Banks chose to
come back to Canada where she still resides while making
sure to constantly maintain her presence alive in Jamaica, in
Texas and in Europe where she’s still top.   In 2010, she brings
out her 4th opus, “Livin’ Life” co-written and produced in Dallas,
Texas, with the prodigious pianist Christian Dozzler.

And now, keeping with a 200+ show a year beat all over the world,
she brought out a 5th album “Modern Classic” launched in 2014
and produced by none other than Duke Robillard, with a huge success.
She is visiting us together with a gang she affectionately calls her
“All Stars Blues Band” ...  and how!!!   They are Gary Kendall on
bass and Mike Fitzpatrick on drums, both from Downchild Blues
Band, an iconic Canadian Blues band which made famous, among
other stuff, “Flip Flop & Fly” which was an inspiration to some band
named the Blues Brothers!   And we also shall notice the
great guitarist Teddy Leonard, from Fathead and from the
Maple Blues Awards House Band.  (Unfortunately, when writing this
communique, we could not be sure that Teddy Leonard would be
present, due to a broken wrist.   In the unfortunate event that
his problem would not improve sufficiently to allow him to perform
here, he will be replaced by the highly talentedJW Jones; this would
definitely not affect, as you all know, the top quality of the performances)

Miss Robin Banks and her “All Stars Blues Band” on the 23rd
edition of Viree Blues Boreale, Wednesday, April 13  2016, around
8h00 p.m., at the famous venue, Bar Le Petit Chicago, so easy to find
at 50 Promenade du Portage, in the Old Hull sector.
Tickets are right now on sale at: www.vireeblues.ca and will also
be available at the door, always for only 20$.   You can also
take advantage of our profitable, practical and pleasant supper
& show package and enjoy the delicious charcoal grilled
dishes of Galo Piri Piri Restaurant (www.galopiripiri.com),
only 2 doors from Le Petit Chicago, which will reserve your
assigned places at the show by making reservations at
(819)771-7474.   In the meantime, you can find further
information on our guest at: www.reverbnation.com/robinbanks .
You should also check our own site which,  provides you with links
to all of our guests sites and so many other interesting information
at:  www.vireeblues.ca .   For inquiries, please get in touch with us
at: info@vireeblues.ca .   Make very sure to get the latest information
on this show by taking part in the facebook
event for this show at: www.facebook.com/events/189014694791162/
and mostly, make really sure to join and like us on
our facebook page at: www.facebook.com/vireeblues .
Posted by skin care chronicle at 11:16 No comments:

Posted by skin care chronicle at 03:30 No comments:

Tea Time at the Inn

Every Sunday, 1 to 4 p.m.
Experience our delicious seasonal menu with your choice of a sweet or savoury plate with a pot of tea or glass of cider.

First Thursday of every month, 6 to 9 p.m.
A monthly ukulele gathering with Doctor of Music instructor Chris Wilson.

Last Thursday of every month, 7 to 10 p.m.
Live traditional music, beverages and stew by firelight in our restored 1847 barroom.

Saturday, April 30, 2 to 4 p.m.
Get ready to celebrate Mother’s Day with a special cookie decorating workshop for Mom with Mom! Or, surprise Mom with a decorated gift with Dad’s help! Each parent/child team will decorate and prepare a Cookie Bouquet consisting of flowers, birds, and seasonal themed cookies, while learning techniques such as painting and flooding.
Admission: $25+HST. Maximum of two children per parent. Pre-registration only (416-394-8113).

Posted by skin care chronicle at 06:09 No comments: